Laws on hate crime differ from one country to another. To find out more about the legislation concerning hate speech in your country, contact your local victim support service: https://victimsupport.eu/help-for-victims/find-help/
In the UK, hate speech is legislated against and the police will treat all complaints seriously. See this video for more information:

Watch our partner from the Belgian Police explain the rights of victims of hate crime in Belgium:

Watch our partner from the Belgian Police explain the rights of victims of hate crime in Belgium:

Rainbow Europe ranks all 49 European countries on a scale between 0% (gross violations of human rights, discrimination) and 100% (respect of human rights, full equality). We rank the countries on the basis of laws and policies that have a direct impact on the LGBTI people’s human rights in under 6 categories: equality and non-discrimination; family; hate crime and hate speech; legal gender recognition and bodily integrity; civil society space; and asylum.

It is a free online collection of all the data that lies behind the colourful Rainbow Europe Map, accessible to view on your desktop, tablet or smartphone.

Crime is crime – even online: Hate speech and hate crime under European legislation

Unquestionably, the legal right to freedom of expression is a fundamental principle of a democratic society. It is enshrined in the constitutions of European nations and fundamental documents such as the European Convention on Human Rights and the EU Charter on Fundamental Rights. Nevertheless, this does not imply that this right is absolute. It is a fine line between freedom of expression, parody, political speech and hate speech. Hence, a pluralistic society – like the EU – has to define thoroughly what is considered to be an acceptable expression of personal freedom and at which point one cut the line and committed a crime by expressing his or her view.

Hate Speech is generally considered as a misuse of one’s freedom of expression whereby an individual uses its freedom of expression to for instance incite others to commit Hate Crimes. There is also a definition given in the Framework Decision on combatting racism and xenophobia, which is not a binding legislative act, but that sets out a goal that all EU countries must achieve. According to this public incitement to violence or hatred directed against a group or a member thereof based on race, colour, descent, religion, belief or origin is considered “Hate Speech”.

On the contrary, there is no common statutory definition on “Hate Crime” within the European Union. The general understanding of “Hate Crimes” relates to the commission of criminal offences based on a certain hatred, disdain or hostility towards certain sexual preferences, origin or disabilities.

Due to the legislative authority, the actual incrimination of Hate Crimes is to take place on a national level because criminal law as such does not fall under EU law. Therefore, there are different regulations in the law of the member states.

Nonetheless, on an European level there are common guiding principles on what is adequate and what is not. For instance, the European Convention on Human Rights provides that fundamental rights, such as freedom of expression, may not be abused for “Hate Speech” purposes. According to the European Convention on Human Rights, freedom of expression may be limited if such restriction is provided by law, if it is necessary in a democratic society and proportionate in light of the aim pursued.

For instance, the European Commission has introduced a communication giving guidelines and principles on prevention, detection and removal of illegal content online, including hatred, violence and terrorist propaganda (Terrorist Content Regulation). According to this, hosting companies are asked to remove terrorist content within the hour.

Additionally there is a Code of Conduct between the EU and major IT companies such as Facebook, Google, Snapchat, Instagram or Dailymotion. The aim of the Code is to make sure requests to remove illegal content from their online platforms are dealt quickly.

Moreover, the Audio Visual Media Services Directive was established to bring video sharing platforms to further regulate the use of such platforms and to prevent hate speech via such platforms.

There are a number of legal gaps as regards online Hate Speech.

The first gap relates to the interpretation of Hate Speech or discrimination as such: the concept of Hate Speech is generally interpreted by national courts. In that respect we sometimes see (cultural) differences in different European Member States, which often lead to different results. What is socially acceptable in one country, might be considered Hate Speech in another country.

Furthermore, online platforms from outside the EU may be used. Traditionally, national authorities have no jurisdiction over such platforms, which rendered the effective removal of hate speech content very difficult. However, the EU and some Member States are tackling this issue by providing extra-territorial jurisdiction to their law enforcement agencies.

A further difficulty is that in some instances there is a lack of cooperation by platform providers. Some of them are extremely reluctant to delete hate speech based on a misconception of freedom of expression and to cooperate with law enforcement agencies as they do not wish to police the internet nor do they want to expose themselves to liability.

Finally yet importantly, in some cases archaic national provisions are hindering effective prosecution of hate speech. 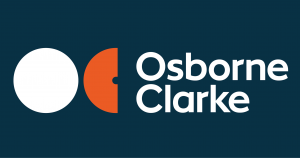 Copyright © 2022 – Crime Is Crime Even Online. All rights reserved.